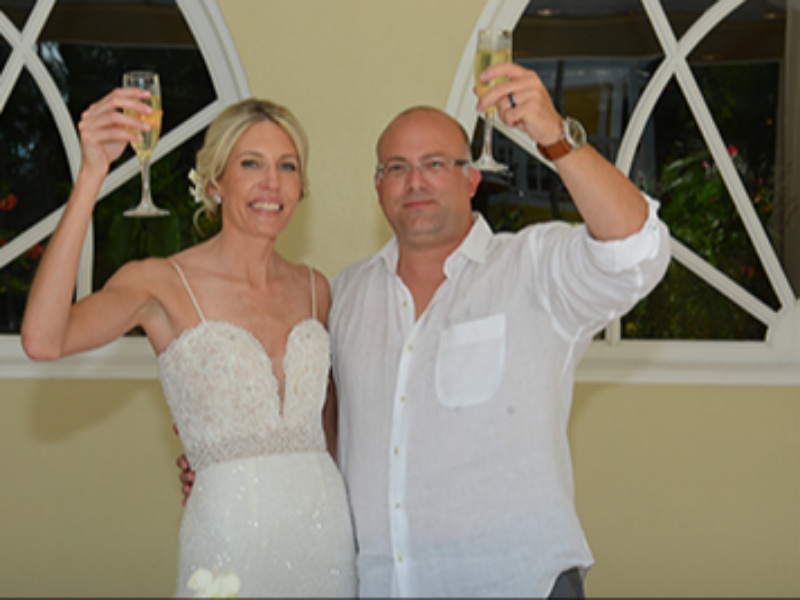 Adrian is a fourth generation grape grower from North East, Pennsylvania. He spent his formative years nurturing grapes and orchards just off the coast of Lake Erie. Jessica, no stranger to farm life, grew-up on a wheat farm in Western Kansas. Both found themselves in Southern Delaware, and it was fate when a mutual friend introduced the two.

Shortly after the couple wed July 15, 2015, they purchased a 26-acre farm in Frankford, DE and the transition from Fenwick Wine Cellars to Salted Vines Vineyard and Winery began.

On December 31st of 2015, sooner than originally anticipated, they closed the doors to Fenwick Wine Cellars and started the process of building a larger facility on their newly purchased land. While construction on the building was taking place, they were busy planting the first 1600 vines, consisting of Merlot and Cabernet Sauvignon, with the intentions of adding to the vineyard every spring, until complete.

In November of 2016, Salted Vines opened its doors, and they have not looked back since. The new building includes a rustic tasting room, large covered patio, production room, patio service bar and outdoor areas.

Adrian and Jessica invite you to stop by and enjoy their wines in a place that is close to their hearts. They look forward to sharing Salted Vines Vineyard and Winery with you.